Why is Ranveer doing a Titanic at the Eiffel Tower? 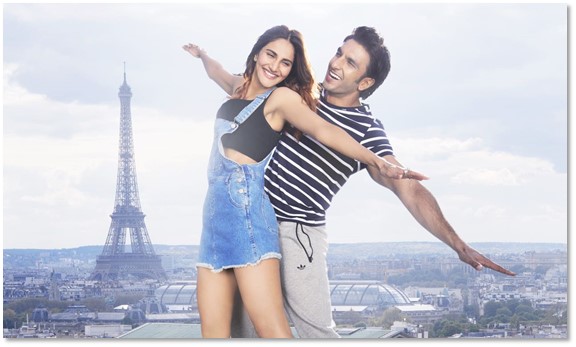 The answer to that question is – obviously to promote his next film, why else do filmstars do anything? In the race to constantly do things hat ke, our Bollywood stars are now promoting their upcoming films at newer and more and more unusual locales – this time its  the Eiffel Tower, a monument that had 7 million people flocking to it every year which will now for the  host a desi film event.

On October 10, Yash Raj Films will launch the trailer of Aditya Chopra’s Befikre at the Eiffel tower.Ranveer Singh and Vaani Kapoor will turn up in style for this first of its kind evening to promote their ” mint fresh, youthful love story”, Befikre  by Aditya Chopra. Why Paris? Because the love story captures the Parisian spirit of freedom and impulsive living. And yes the French authorities are collaborating.

The film will release on December 9th..