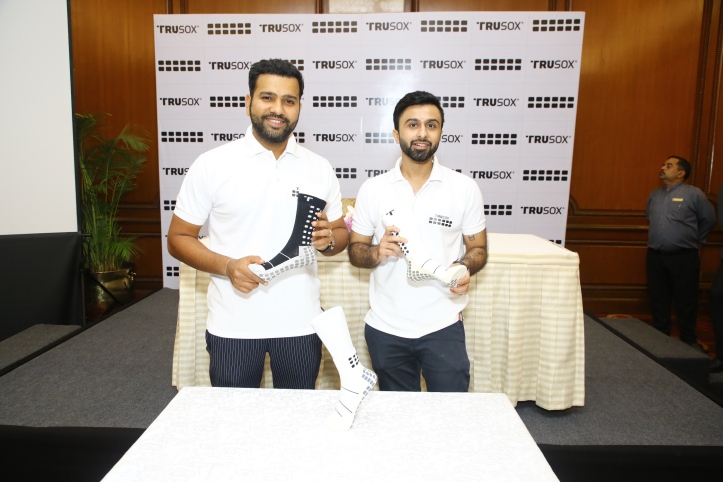 Trusox has come to India after becoming the preferred socks for top international athletes across sports around the world. Trusox is made for sportspeople by sportspeople. Trusox is a revolution in the sports socks segment. Trusox brings to India revolutionary, performance enhancing grip socks; maximizing the grip sportspeople get within their footwear. TRUsox® 2.0 use their patented IN//EXtech™, non-slip performance pads, on the inside and outside of the socks.

Originally, Trusox is an innovation by Jim Cherneski, a former footballer, coach and innovator of the Trusox technology. He first made Trusox from his home whilst playing and coaching Crystal Palace Baltimore (United States of America) Football Club. The idea had its first iteration in 2007, much before it was a company or even a brand that was soon worn by the best in class sportspeople in the world, and by 2013 have around 10 per cent of the Premier League wearing it. Currently in football alone, there are estimates of over 45 per cent of the English Premier League wearing it, whereas it is also widely used across other sports such as cricket, rugby, running, cycling, to name a few. Internationally, Trusox sells out of 1000 stores; and in India Trusox is available on Amazon and Trusox.in.

Speaking on the occasion, cricketer Rohit Sharma said, “It’s a great brand and I have seen a lot of footballers and cricketers use Trusox. Technology is something that I always look forward to, especially when it enhances your performance on the field. Trusox has been an essential part of my kit as it helps boost my performance. I look forward to a long partnership with them.”

Adding his views, Sanil Sachar, one of the co-owners of Trusox said, “Rohit is an ambassador for Trusox purely because he stands for being a true athlete that can take charge of any situation and lead the team. His passion for the country and game is seen in his calm yet explosive performances, where he has shown why he is loved by billions.”

With close to million dollars USD investment by Sanil Sachar as the only co-owner from India, talking about Trusox foray into the Indian market, he said, “The technology is as proprietary as it can get. So much so, that internally we don’t even associate to these as socks. They are a sports performance equipment, nothing like there has been before in this space. Every team member, who is a part of our growth story has played sports at the highest levels, and understands that for a sportsperson to stay true to their performance, getting a grip on the game as they train is the number one step. The motivation is to make their best better, by providing state of the art apparel that just doesn’t look great but feels great too, through our proprietary technology. Having begun our journey with football, where we are proud to support the top footballers such as Gareth Bale, Raheem Sterling, Luis Suraez, to name a few, adorning and ruling over the football pitch wearing their Trusox, we are now present across the world in nine sports.”

Now in India, the aim is to power the sports ecosystem by supporting athletes across sports from their very first step, and much beyond the finish line.